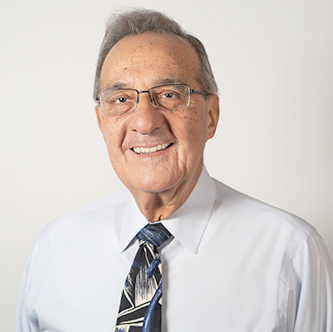 In 1970 he was awarded his doctorate by Brown University, where he was named a National Defense Education Act Scholar and a Fulbright International Fellow.

His experience in higher education includes academic posts at the University of Connecticut and Roger Williams College (now Roger Williams University). In 1970 Dr. Balsama began a ten-year tenure at Kent State University, where he served as an Associate Professor and Assistant to the President. The winner of several distinguished teaching awards, Dr. Balsama taught prospective physicians, enrolled in the Northeastern Ohio Universities College of Medicine. Because of his extensive role in the counseling and advising of KSU students, Dr. Balsama was accorded membership in Omicron Delta Kappa.

From 1980 to 1982, Dr. Balsama served as Academic Dean at Walsh College, (now Walsh University). In this capacity, he presided over four consecutive enrollment records due in large part to his creation of accredited degree programs in Integrated Life Science and Nursing. he also collaborated with his Director of Graduate Studies in the development of an accredited Master’s Degree Program in Clinical Counseling.

After serving in academic positions at Barat College, (Assistant to the President & Acting Director of Admissions and Financial Aid); Sawyer College, (Dean of Academic and Student Affairs); and President of Beckley College, (now The College of West Virginia.), Dr. Balsama founded Southcoast Psychotherapy & Education Associates in 1992.

Find Us
Call Us
Scroll to top